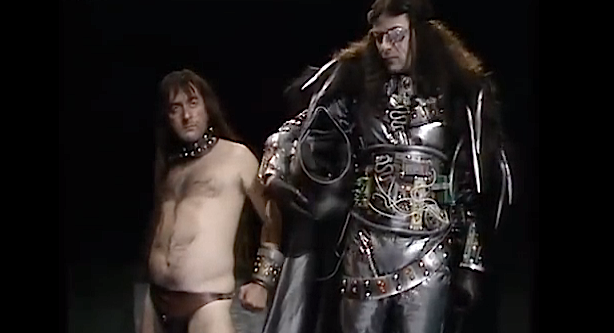 We’ve waited a long time for this! Tony Robinson is finally releasing his autobiography, and what a great title – No Cunning Plan. Read on to find out more. Over the years, Tony Robinson has become a favourite household name in the UK. To many, he will always be Baldrick, but his career goes much further than that. Whether in Maid Marion and her Merry Men, or staring in the popular Time Team, he is a versatile actor and presenter. With over 50 years in the entertainment industry, it’s about time that Tony Robinson released an autobiography. The name No Cunning Plan might give some clue as to how his career developed as well.

So, what can we expect in No Cunning Plan, his long awaited autobiography? The blurb says the book will cover all aspects of his life and career. Ranging from his time spent learning his craft, to coping with his parents dementia. For many though, the section on his time spent playing Baldrick in the Blackadder series will be the part they turn to first. Baldrick is one of the most enduring characters of British Comedy. Just how much of the character was due to the script, or to his acting skills though? How much influence did Tony Robinson have over developing the character of Baldrick. Did he actually like playing the Baldrick? Most importantly, who first coined the line – I have a cunning plan? Hopefully, this book will answer all these questions and more.

We’ve been waiting for this to come out for a long time, and already have our copies pre-ordered! No Cunning Plan by Tony Robinson is released on September 22nd 2016, and is available via Amazon. So far, there are hardback, paperback, and Kindle options available. Want to find out more about it? Take a look here, and reserve your copy now – No Cunning Plan – The Autobiography by Tony Robinson.