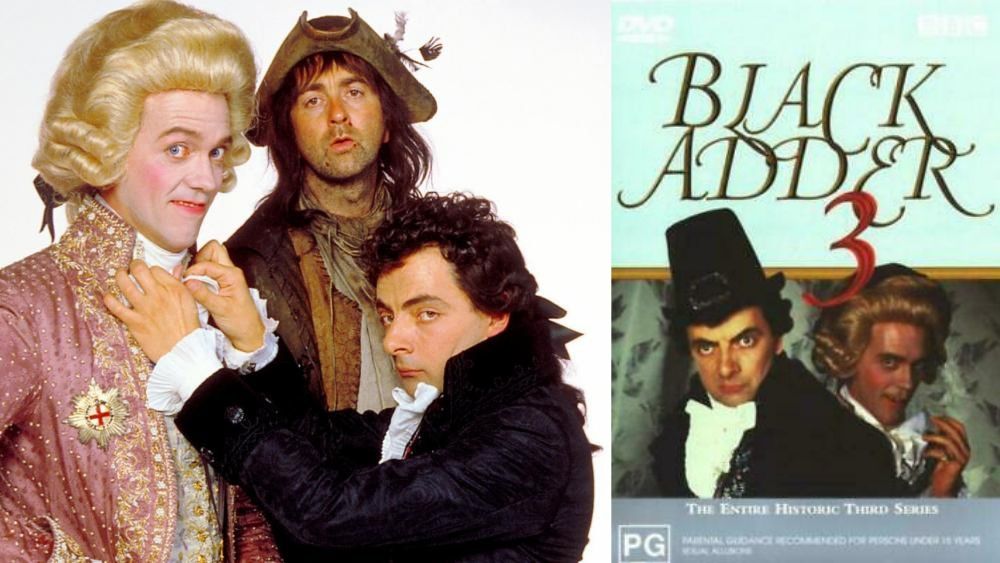 Blackadder series 3 is also known as Blackadder the Third. Set during the British Regency era, Blackadder is reduced in social status to being the butler of the Prince Regent.

Baldrick, in a strange irony, has actually been elevated in social status from a serf to a ‘dogsbody’. He is still the butt of many Blackadder jokes though! As the foppish, stupid Prince Regent, his character is miles away from Dr. House! The third series of Blackadder, is set in the late 18th and early 19th century period.

The ‘core’ group of other central characters in Blackadder Series 3, are completed with the Prince Regent, and Mrs. Miggins. As with the other two series of Blackadder, each episode features a guest star.

Whilst each star is excellent in their own way, it is Stephen Fry as the Duke of Wellington who really stands out. Blackadder series 3 follows in the footsteps of series 2, by brilliantly blending great comedy with the contemporary issues of the time.

It is the source of many funny Blackadder quotes, in particular from the bumbling Prince Regent.

The way this character is played by Hugh Laurie is massively different from his other role as House, for which he is more famous in the United States.

As with other series of Blackadder, Black Added season 3 had 6 episodes: Here’s a look at the cast list from Black Adder The Third: