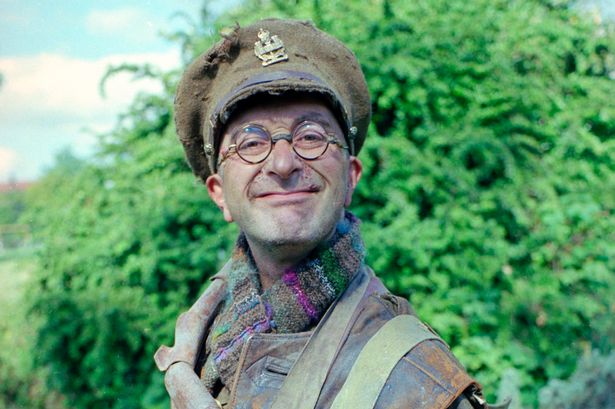 Private Baldrick may have been the worst cook in the entire world, but he had some great lines in Blackadder Goes Forth. Here’s a look at some of them.

Baldrick and his cunning plans

Private Baldrick is the fourth incarnation of Baldrick in the Blackadder series played by Tony Robinson.

Like his ancestors before him, he likes coming up with cunning plans to help Blackadder out of sticky situations. None of which work particularly well. 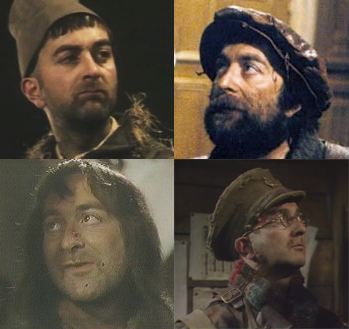 “Permission to write home immediately sir! This is the first brilliant plan a Baldrick’s ever had. For centuries we’ve tried, and they’ve always turned out total pigswill! My mum will be pleased as Punch.”

As a private in the First World War, Baldrick also represents the honest Tommy, and average everyman who found himself drafted into the trenches.

Baldrick is a great cook

Some of his funniest lines come from cooking, whether it is his recipes or his coffee! Here’s a look at his typical menu!

Here’s a look at some of Baldrick’s funniest quotes.

Yeah, you told me to paint whatever comes from within, so
I did my breakfast. Look, there’s a little tomato.

We didn’t receive any messages and Captain Blackadder definitely did not shoot the delicious plump breasted pigeon, sir.

And we always wondered what his final cunning plan might be. 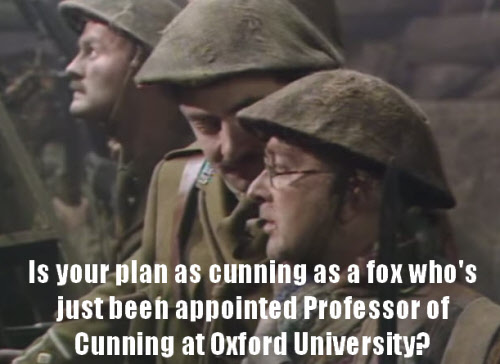 Fun fact – Did you know that there were ideas for a fifth Blackadder series that featured the main cast as a band? Baldrick’s name would have been Bald Rick. We’d love to have seen that!

What is your favourite Baldrick quote from Blackadder Goes Forth? Let us know by leaving a comment!