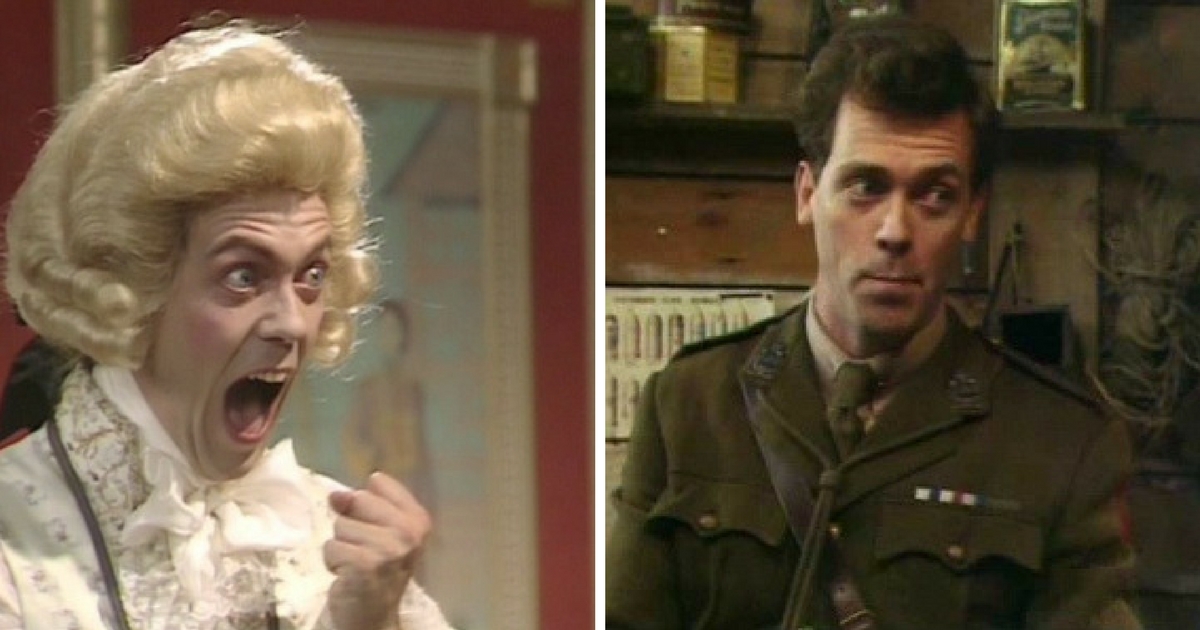 George appears as two different incarnations in the Blackadder series. The first as the thick Prince, and the second as Lieutenant George. Here’s some of the best Blackadder George quotes and scenes.

Prince George (brilliantly played by Hugh Laurie),  is, as he describes himself, as “thick as a whale omelette”.  Incompetence is his middle name, and it takes him over a week to put on a pair of trousers in Nob and Nobility. 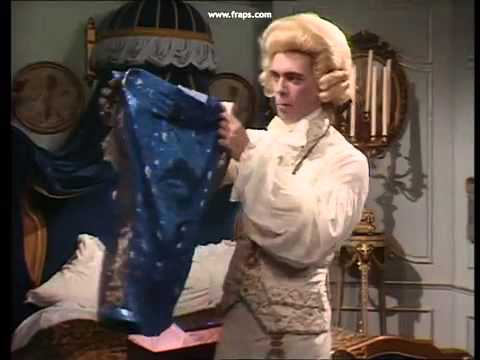 It goes without saying that there are some great George quotes and scenes from this series of Blackadder! Here’s a few of the best.

George Quotes From Blackadder the Third

Blackadder: Certainly, sire. I will return before you can say ‘antidisestablishmentarianism.’
Prince George: Well, I wouldn’t be too sure about that! Antidistibilitsmin… anti-misty-linstimbl…

The Prince meets Pitt the Younger


Prince George: I spent a night of ecstasy with a pair of Wellingtons and I loved it.

Our favourite? When the Prince meets Dr. Johnson

Hugh Laurie once more portrays George as a dimwitted, upper class toff in Blackadder Goes Forth. Of all four series, this is perhaps the most intelligently written, and produces some great moments featuring George. 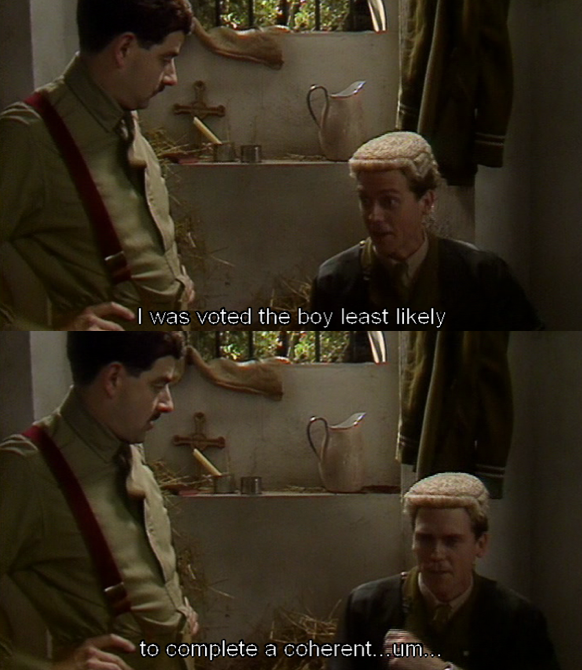 Here’s a video from the same Blackadder episode. We particularly like when George sums up at the end!

George’s upper class nonsense is often balanced with elements of tragedy, especially when he recounts the people that he joined up with, and what happened to them during the War.

How George Joined the War

George: Oh me? I joined up straight away, sir. August the 4th, 1914. Gah, what a day that was: myself and the rest of the fellows leapfrogging down to the Cambridge recruiting office and then playing tiddlywinks in the queue. We had hammered Oxford’s tiddlywinkers only the week before, and there we were, off to hammer the Boche! Crushingly superb bunch of blokes. Fine, clean-limbed — even their acne had a strange nobility
about it.

Edmund: Yes, and how are all the boys now?

George: Well, er, Jacko and the Badger bought it at the first Ypres front, unfortunately — quite a shock, that. I remember Bumfluff’s house-master wrote and told me that Sticky had been out for a duck, and the Gubber had snitched a parcel sausage-end and gone goose-over-stump frogside.

George: I don’t know, sir, but I read in the Times that they’d both been killed.

Edmund: And Bumfluff himself…?

George: Copped a packet at Galipoli with the Aussies — so had Drippy and Strangely Brown. I remember we heard on the first morning of the Somme when Titch and Mr Floppy got gassed back to Blighty.

George: Gosh, yes, I, I suppose I’m the only one of the Trinity Tiddlers still alive. (Lummy?), there’s a thought — and not a jolly one.

The final Scene from Blackadder

And probably the best scene featuring George,and in fact the finest scene in all of British Comedy, is the final scene from Blackadder Goes Forth.