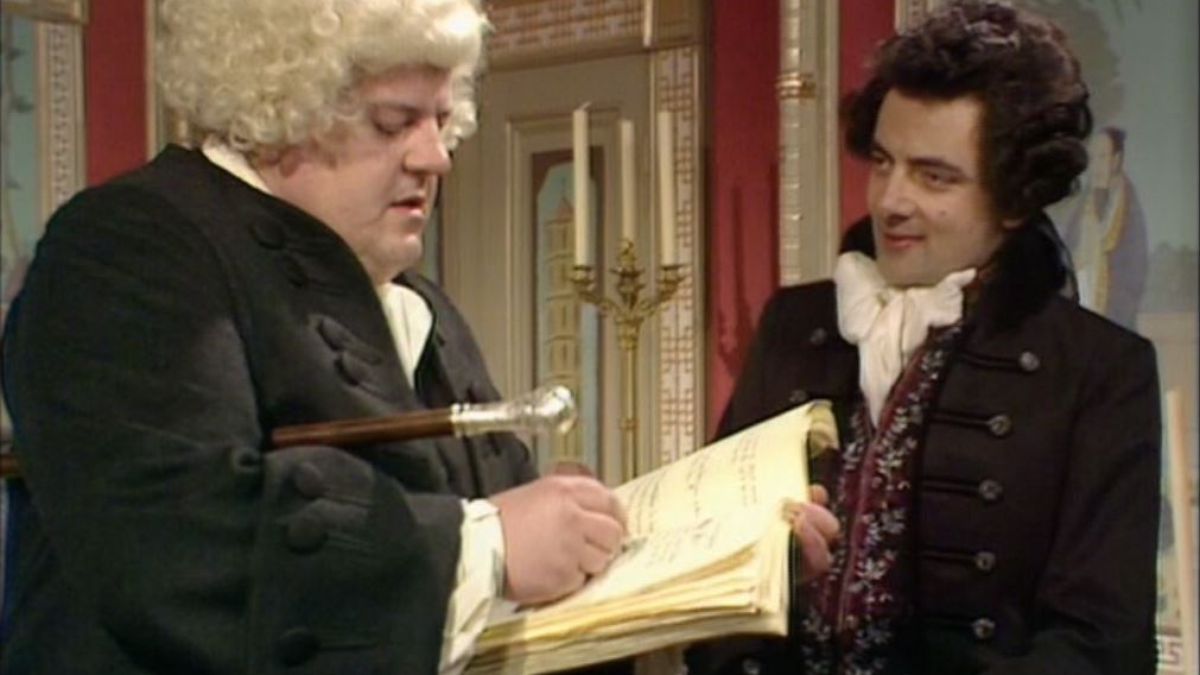 When Blackadder met Dr. Samuel Johnson in Ink and Incapability, some beautiful un-words were created. Here’s a look at the Blackadder dictionary. Dr. Samuel Johnson is played by Robbie Coltrane in the third series of Blackadder. The plot of the episode revolves around Samuel Johnson having written a dictionary, and it then being mislaid by Baldrick.

During the episode, Blackadder seeks to make Dr. Johnson question his research and work by introducing some words and nonsense quotes into the conversation to confound him. Here’s one of the funniest exchanges:

Blackadder: (to Prince) Oh, well, in that case, sir, I hope you will not object if I also offer the Doctor my most enthusiastic contrafribularities. 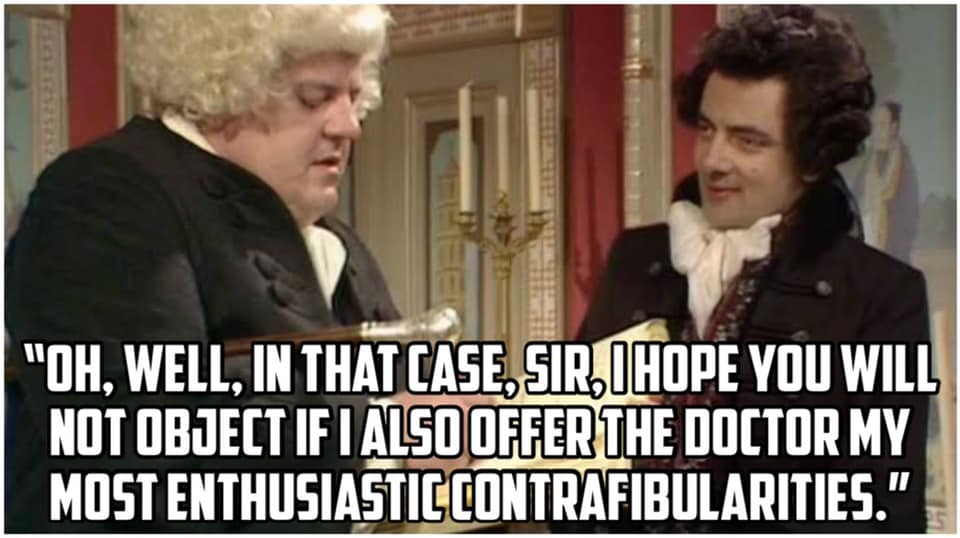 Blackadder: `Contrafribularities’, sir? It is a common word down our way.

Johnson: Damn! (writes in the book)

This is by far one of the best television episodes not just of Blackadder but British sitcoms in general! The Blackadder character Robbie Coltrane played was superb, and of course the regular cast members of Rowan Atkinson, Tony Robinson, and Hugh Laurie were also on top form.

But where did all those words come from? How do we define compunctious?

Have you ever wondered what contrafibularities means? What about interfrastically?

Of course, it is an un-word, a word created for the show. It is also a play-on-words, and is all the more brilliant because you can guess its meaning from how it sounds.

In Ink and Incapability, a number of these words were created. let’s take a look at what they could mean.

Anaspeptic: ‘Ana’ can mean back or up, and the ‘peptic’ part can mean the stomach. This word can be taken to mean throwing up, or being sick

Frasmotic: The words ‘frazzled’ and ‘spasmodic’ seem to be combined here, implying a frenzied fit.

Compunctious: This is actually a real word! According to dictionary.com it first came into use sometime after 1595.

Pericombobulation: ‘Peri’ can mean ‘around’, and this seems to be combined with ‘discombobulation’. The meaning could be something like causing someone to go around in uncertain, needless circles.

Extramuralisation –  This word from the same scenes rarely gets mentioned. The meaning of ‘extra’ can be taken as ‘outside’, whilst the source of ‘mural’ might be wall. Thus, this means oustide the building. Pendigestatory – The ‘Pen’ part of the word could be taken from the Latin meaning almost and the ‘digestory’ indicates digestions. So, the meaning is ‘a small snack’.

Interludicle – A short interlude, or break.

Add your definitions to the Blackadder Quotes dictionary

What do you think to these definitions of the un-words made up by Blackadder? Let us know below!