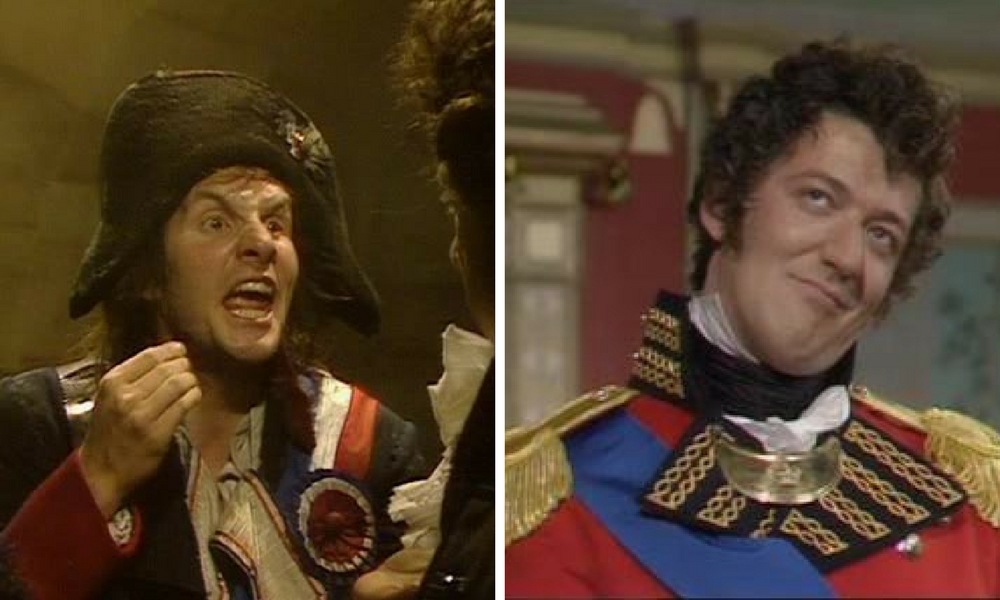 Every week, we are going to run a Blackadder face-off, where we put two characters head to head. Which one is your favourite from these two?

To kick off our Blackadder face-off series, we’ve put two characters from Blackadder the Third head-to-head. On the left, we have the Evil Revolutionary, played by comedy legend Chris Barrie. On the right, we have The Duke of Wellington played living genius Stephen Fry.

The evil revolutionary is a character that appears in the Blackadder the third episode Nob and Nobility.  Played by Chris Barrie, (most famous for his role as Rimmer in Red Dwarf), he only appears in one episode, but what an episode! His best quote from this Blackadder episode is: 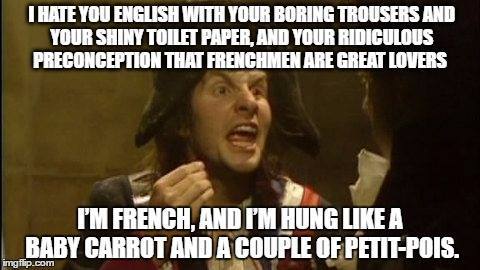 Duke of Wellington from Blackadder

The Duke of Wellington appears in the final episode of Blackadder the third, Dual and Duality.  Loud, brash, and arrogant,  he is clearly a partial template for General Melchett from Blackadder Goes Forth. Played by Stephen Fry, he has a number of memorable quotes in this episode: 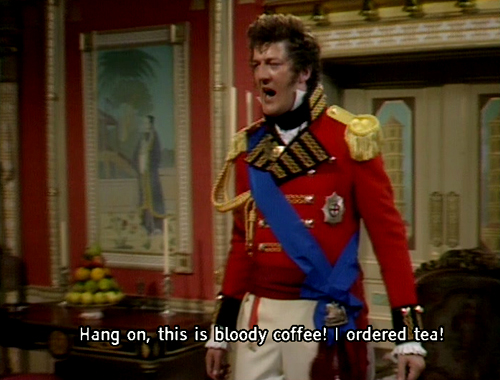 If you ever need a cup of tea again, you know how to order it properly! Stephen Fry also plays a slightly less bonkers version of the Duke of Wellington in Blackadder Back and Forth.

Which one is your favourite?

So, which one of these two Blackadder the Third characters is your favourite? You can go back to the Facebook page to vote, or leave a comment below!