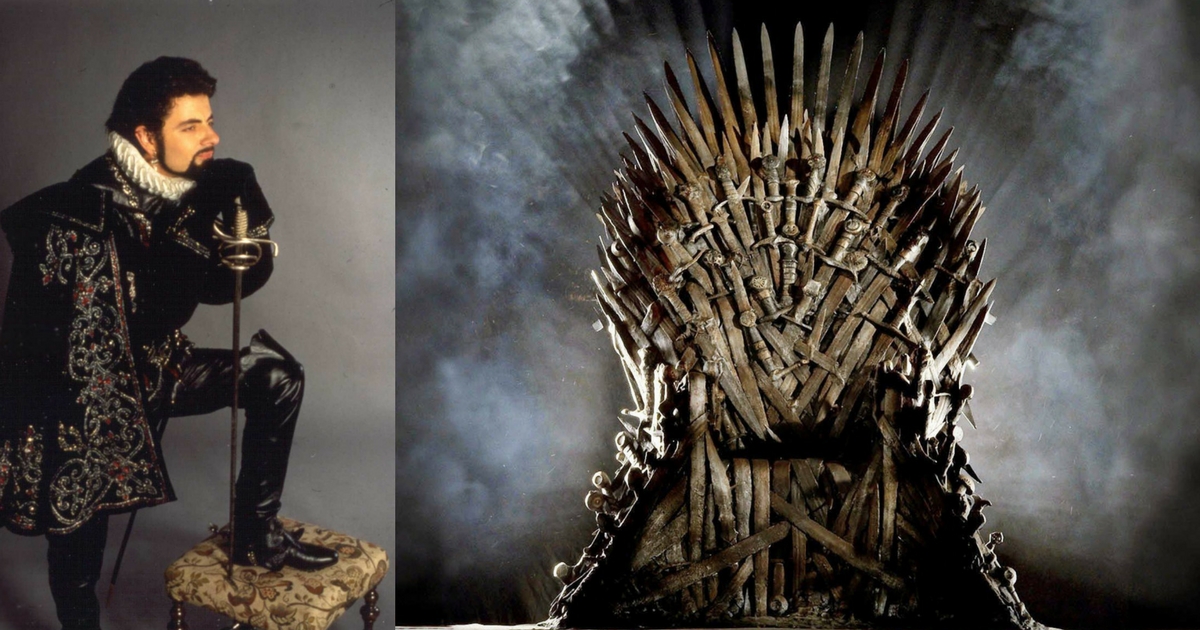 A Game of Adders Black Part 2

Here are some more of the most popular Blackadder quotes combined with images from Game of Thrones. This Blackadder quote is from Ink and Incapability, where Blackadder describes that there is always something wrong.

Baldrick: Something wrong, Mr. B?

Edmund: Oh, something’s always wrong, Balders. The fact that I’m not a millionaire aristocrat with the sexual capacity of a rutting rhino is a constant niggle. But, today, something’s even wronger. That globulous fraud, Dr. Johnson, is coming to tea. This Blackadder quote is from where Captain Darling is showing General Melchett how much ground they gained in a big push in Private Plane.

If I can just get the voice right Taken from the closing scene after the credits on Blackadder Series 2 Episode 6 Chains. And this final image of the week is placed with a Blackadder quote from ‘Beer’. This is where Queenie wants to take part in the drinking of the incredibly strong ale.

And on that note, we’ll leave you with the Goblin song…

See the little goblin
See his little feet
And his little nosey-wose
Isn’t the goblin sweet? Catch up from last week