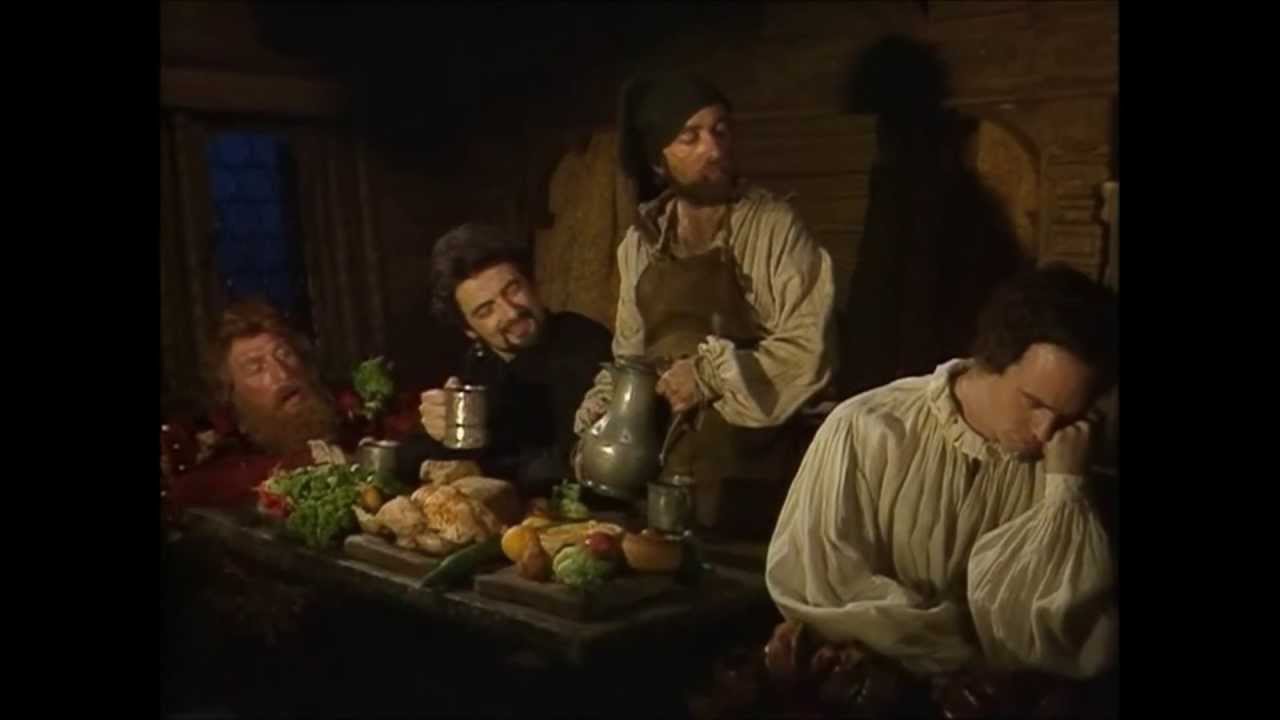 Talk like a pirate day happens September 19th every year, and what better example of pirate talk can you think of than Captain Redbeard Rum from Blackadder? Captain Redbeard Rum was played with utter brilliance by Tom Baker in ‘Potato‘ from the second series of Blackadder.

Described as the worst mariner in the world, Blackadder and the boys used his services to sail into the unknown. Rum: A masterly plan, me young master. And one that leads me
to make an announcement meself.

Rum: Truth is, I don’t know the way to the Cape of Good Hope
anyway.

Blackadder: Well, what were you going to do?

Rum: Oh, what I usually do. Sail ’round and ’round the
Isle of Wight ’til everyone gets dizzy. Then head for home.

He also doesn’t believe in having a crew!

Perhaps the best examples of how to talk like a pirate with Redbeard Rum come from the protracted ‘Arghhh Arghhs’.

Now, if you’re a Blackadder fan, you already know what this is all about.

We’ve got a special treat for you though. An entire two minutes of ‘Arghhh Arghhs’!!

In addition to being able to talk like a pirate, Captain Redbeard Rum also had a series of tall stories.

Blackadder took most of them with a pinch of salt, until Rum revealed he had lost his legs. The Captain was literally legless!

Rum: aah-ahhh! You have a woman’s hand, milord! I’ll wager these dainty pinkies never weighed anchor
in a storm.

Rum: Ha ha ha. -Aah! Your skin milord. I’ll wager it ne’er
felt the lash of a cat, been rubbed with salt, and then flayed off by a pirate chief to make fine stockings for his best cabin boy.

Rum: Ha. -Aah! You have a woman’s purse! I’ll wager that purse has never been used as a rowing-boat. I’ll wager it’s never had sixteen shipwrecked mariners tossing in it.

Rum: Oh! You have a woman’s mouth, milord! I’ll wager that
mouth never had to chew through the side of a ship to escape the dreadful spindly killer fish.

Rum: Ah! You have a woman’s legs, my lord! I’ll
wager those are legs that have never been sliced clean off
by a falling sail, and swept into the sea before your very eyes. Pirate Talk from the other characters

Some of the other characters in the episode also give their attempts at speaking pirate including the Queen.

You can check out some great Queenie quotes here. Melchett: Well indubitably no sea-dog, Ma’am. With a Yo-ho-ho
and perhaps, I might venture, a bottle of rum into the
bargain?

Before you go, check out these other funny moments from Blackadder series 2.